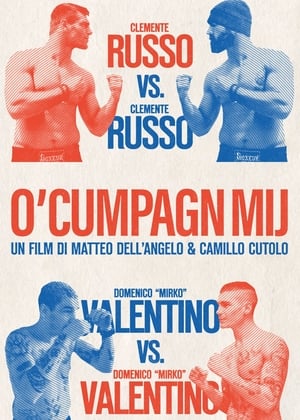 Mirko Valentino watches the match of his great friend and colleague Clemente Russo at the Rio de Janeiro Olympics and, suddenly, he cries because he knows how is going to end. Contrary to his expectations, Mirko himself didn't qualify for the Olympics. He had hoped that at least his friend would be able to bring home a medal. After the defeat in the qualifying match, Mirko gained 15 kgs in two months, the symptoms of depression had clearly manifested. When Clemente returns in defeat from Rio, he is destroyed. He has an ungroomed beard and is dead behind the eyes. They have kissed the canvas. But they will have to get back up and fight again.