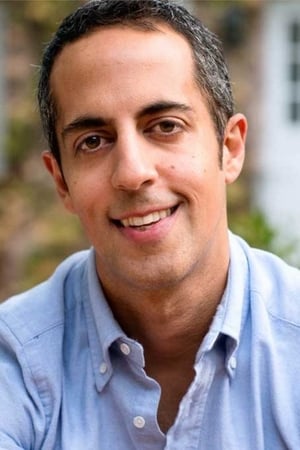 Abdi Nazemian spent his childhood in a series of exciting locations (Tehran, Paris, Toronto, New York), but could usually be found in his bedroom watching old movies and reading. Abdi was a staff writer for NBC’s THE VILLAGE, and has written five produced films: THE ARTIST’S WIFE (upcoming) MENENDEZ: BLOOD BROTHERS (Lifetime, 2017), THE QUIET (Sony Pictures Classics, 2006), CELESTE IN THE CITY (ABC Family, 2004), and BEAUTIFUL GIRL (ABC FAMILY, 2003). He also wrote, directed and produced the short film REVOLUTION (2012). He is proud to say that his words have been spoken by the likes of Carmela Soprano, The Nanny, and The Girl With The Most Cake. Abdi’s first novel, THE WALK-IN CLOSET, was awarded Best Debut at the Lambda Literary Awards. He has written two young adult novels, both published by Balzer + Bray / HarperCollins: THE AUTHENTICS (2017) and LIKE A LOVE STORY (2019), an Indie Next Pick. As Head of Development for Water’s End Productions, Abdi has been an executive producer or associate producer on numerous films, including CALL ME BY YOUR NAME, IT HAPPENED IN L.A., THE PRICE, THE HOUSE OF TOMORROW, and LITTLE WOODS. Abdi has been interviewed by HuffPost Live and Fox News, and has written for numerous websites, including The Advocate and W. He lives in Los Angeles with his two children and his fiancé, and holds dual citizenship between the United States and Canada. Abdi is not the inspiration for Madonna’s children’s book “The Adventures of Abdi,” though he will forever insist that he is.